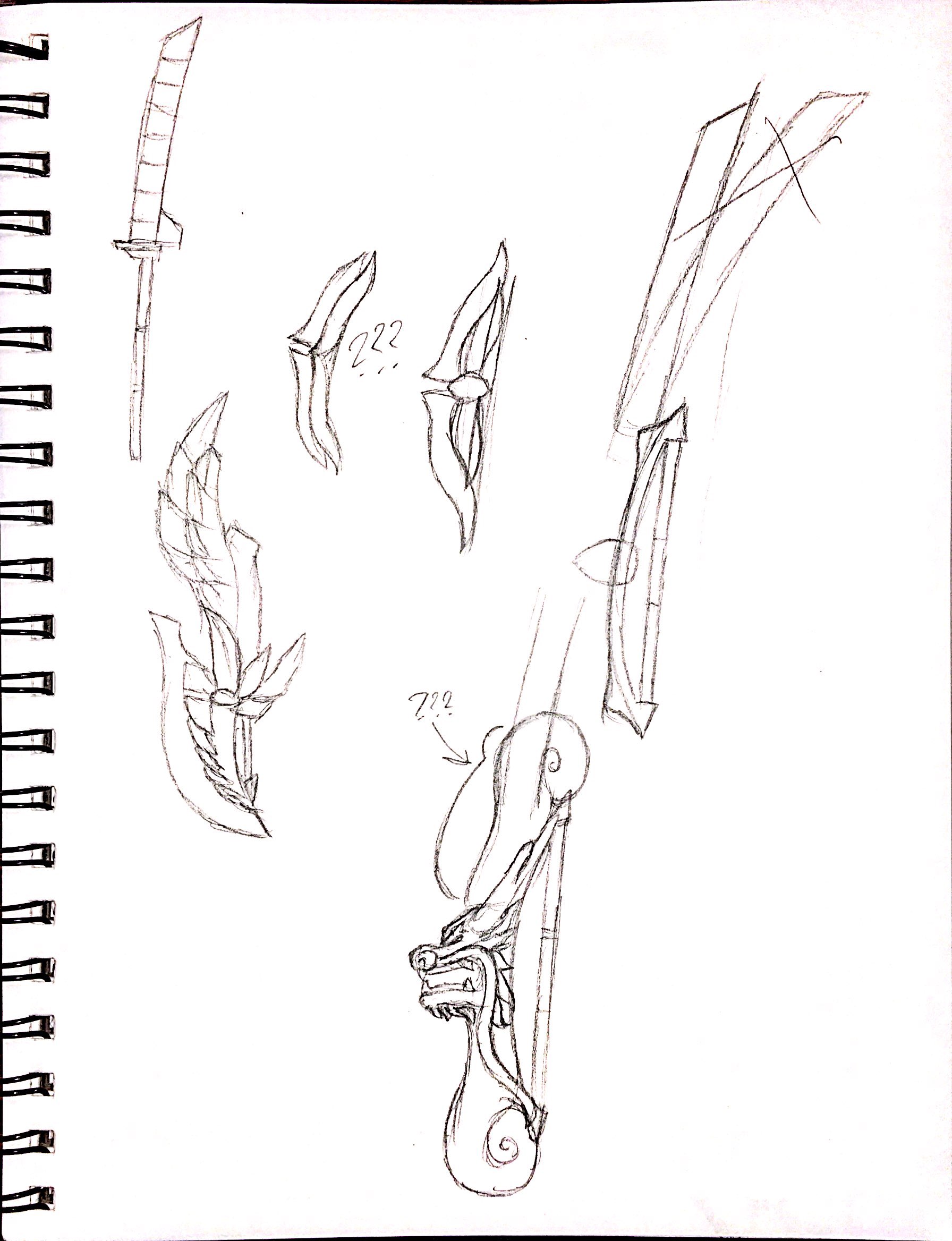 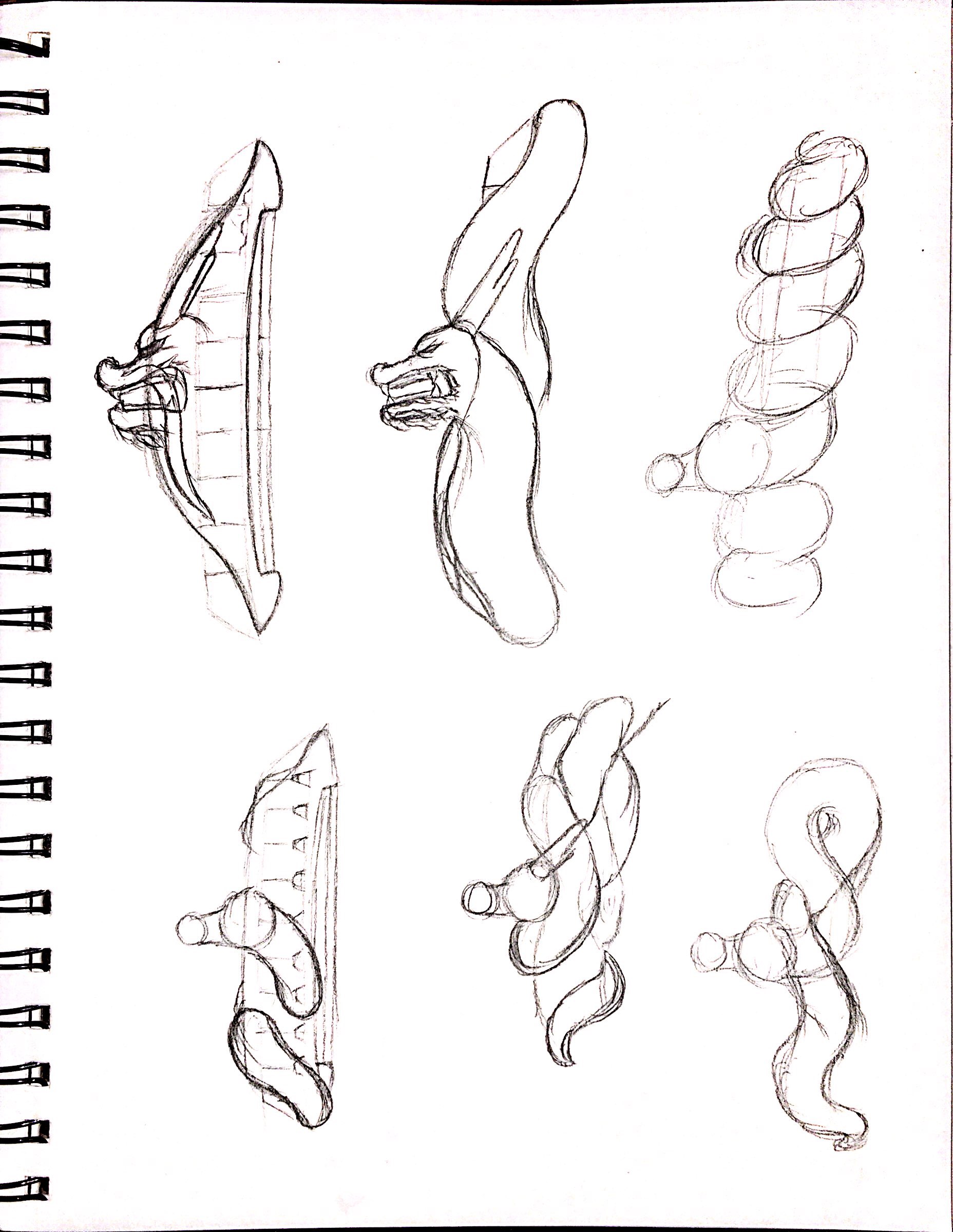 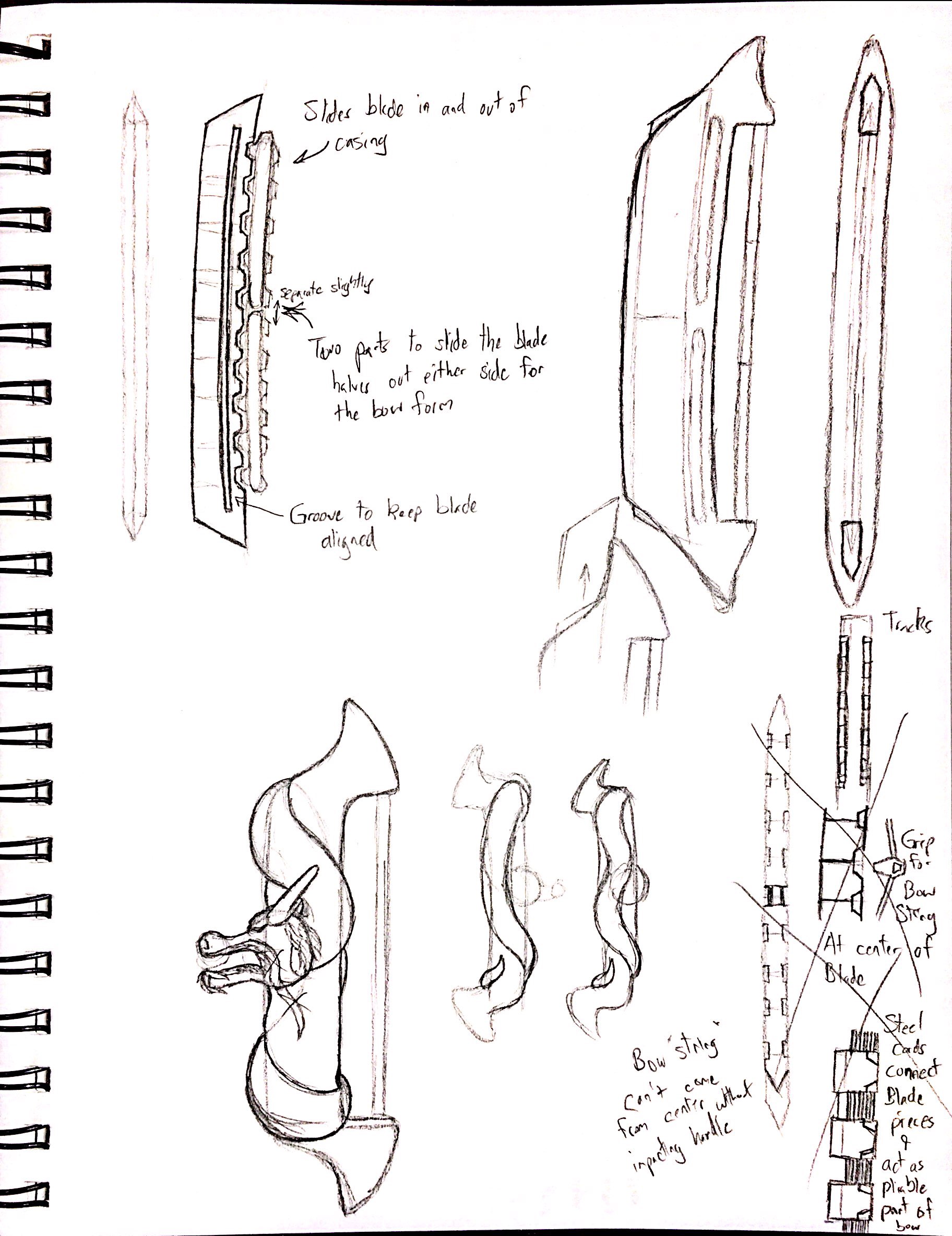 I’ve been feeling pretty lethargic and unmotivated lately, but I have been working on redesigning the Nagamaki/bow weapon that I had been thinking about so that it’s actually kind of functional? Instead of whatever weird nonsense I came up with initially.

I had tried to give it a dragon-head ornamentation that the bow would fire through, but I wasn’t able to get it looking how I wanted it to without the weapon being ludicrously broad. So I gave up, like I do.

Let’s compile some of the messy notes in the images:

Oh, up in that first image is a rough, cludgy sketch of the weapon that I drew inspiration from while redesigning the Nagamaki/bow: La Guillotine/Le Sursis from Monster Hunter Generations. I still need to break my Hunter Rank with that final Nakarkos hunt… 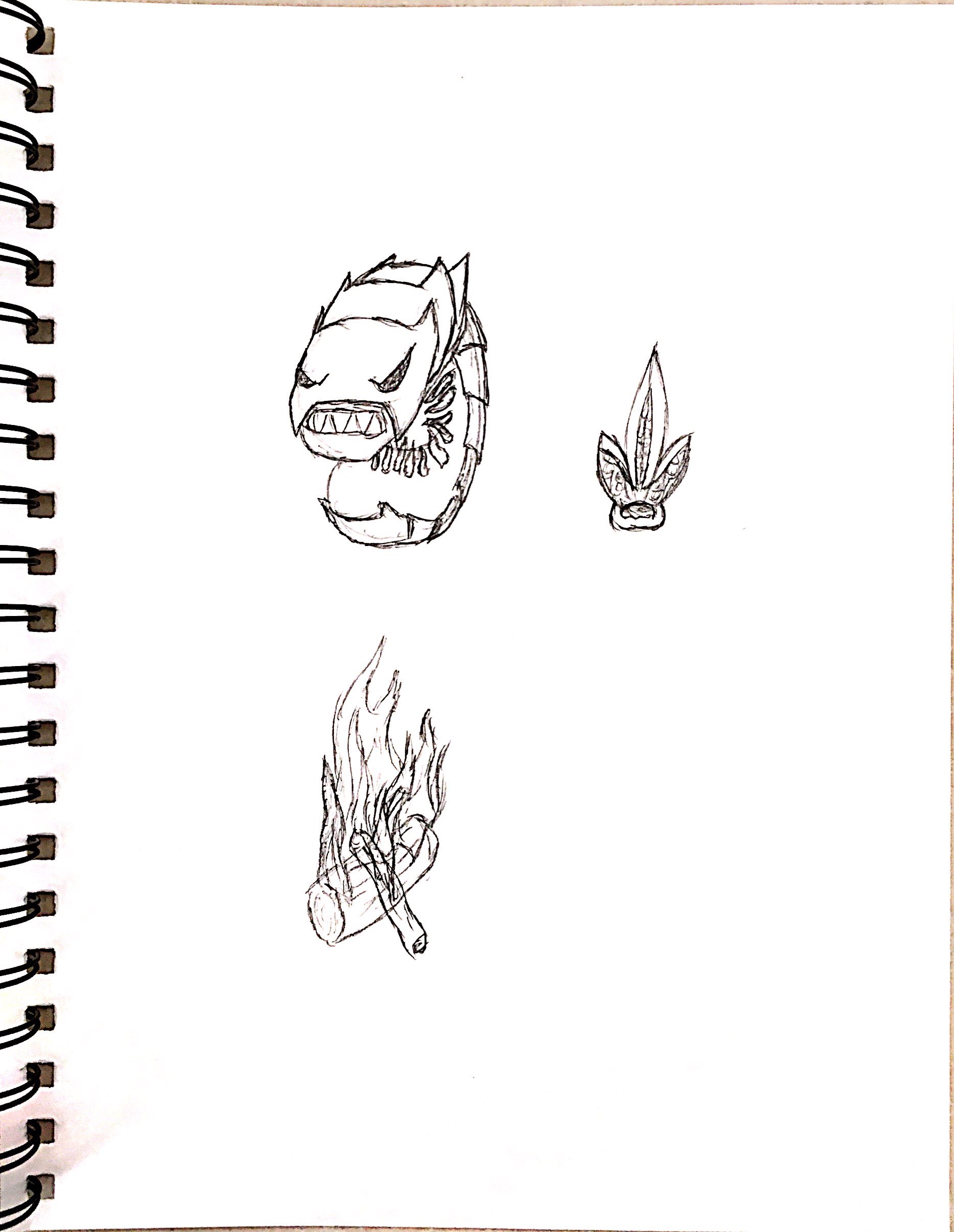 … Uh, yep, more sketches. A roll-y, bitey caterpillar(?), a punching weapon, and what is presumably a burning log along with a different caterpillar-esque creature, a flower-wasp, and an owl for my game.
And here’s some more sketches in a Paper Mario vein, but I didn’t remember what Paper Boos looked like so I decided to just make her as horrifically off-model as possible instead. Accompanying her is an old, obscure enemy from Secret of the Six Coins, the Battle Beetle. I like their design a lot.

Sketching a sci-fi weapon today. It’s a nagamaki that transforms into an energy bow.