I’m still trying to get back into a schedule, but I’m having trouble getting focused again. Anyways, I set up the art framework for the player character and a concept for a new, flying enemy.

Some more of the sketches I said I was dumping into the Internet. Here’s a bunch of creature concepts, a couple of head sketches, and a quick bust of Bravo. You know… when I said I’d be doing a “sketch dump”, I was kind of expecting that I’d get them all out in a day or so, but nope! A couple of weeks go by and I’m not halfway through.

Anyways, here’s some creepy jester-monsters, a bunch of other creature ideas, and Bill Potts from Doctor Who and Centipeder from My Hero Academia (I might go back to those two and slap some lines down). 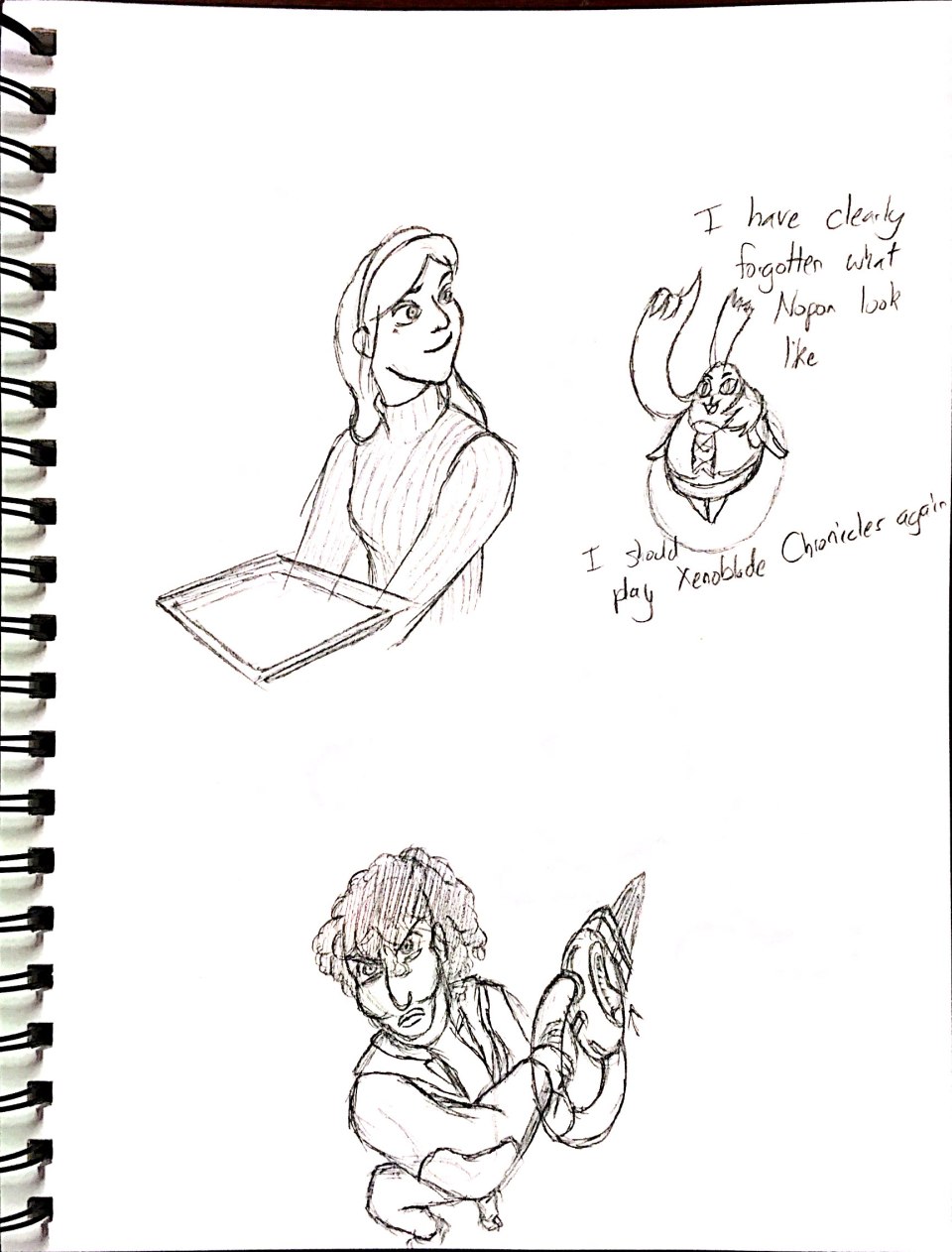 So, in some continued sketch dumping from the past couple of months, here’s some random character sketches related to my game and then some more of Bravo, a random character in a sweater, and a VERY INACCURATE REPRESENTATION of a Nopon from Xenoblade Chronicles.

More work on getting my Tree boss back into the game. It’s a lot of coding this time.

Working on getting my first boss back into this new iteration of my game.