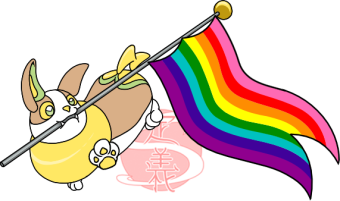 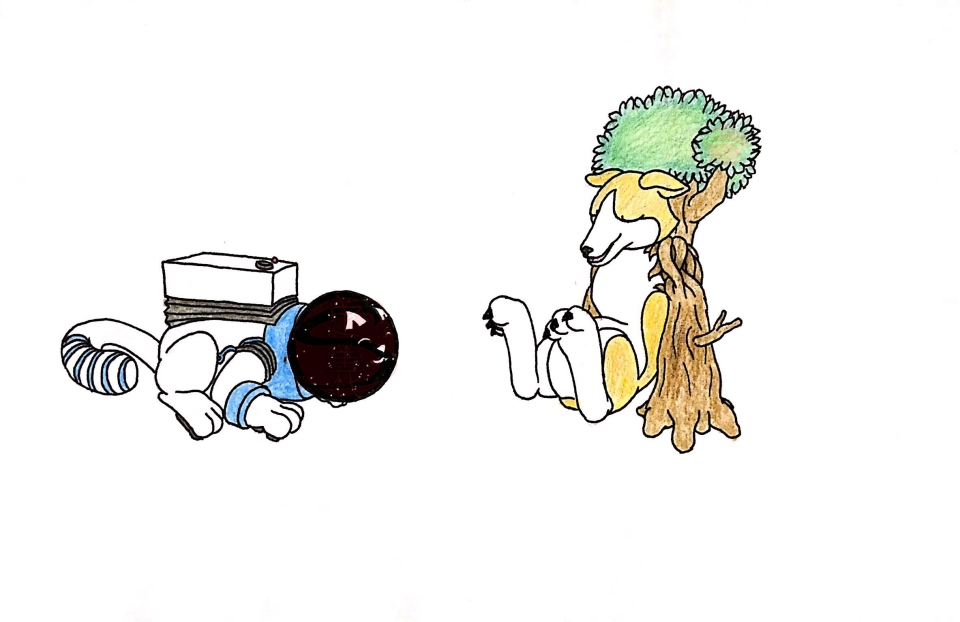 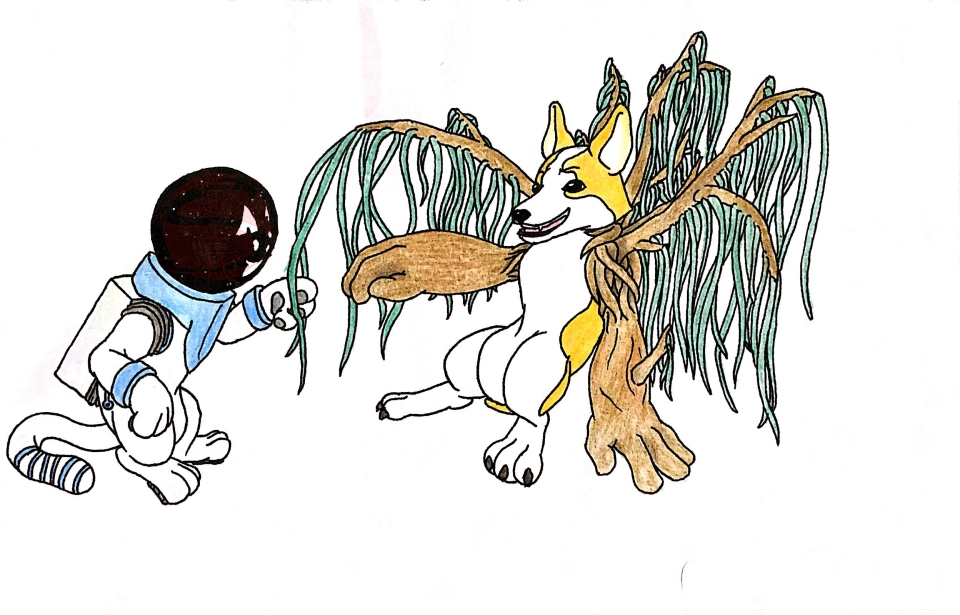 Here’s a couple pictures of Coby and Voyager just hanging out. Tree-dogs and Space-cats chilling together, mass hysteria.

Coby is a good boy.

Folklore says that the markings on corgis are caused by the saddles that the fey use to ride them. So I took my limited knowledge of fey sensibilities and applied that to an anthropomorphized corgi. The tree growing out of his back can change genus, shape, and size to provide a variety of effects. And, while Voyager maintains an intelligence similar to that of a Palico from Monster Hunter, Coby features intelligence equal to humans and vocabulary to match. His devotion to nature has made him many enemies.

For Starfall Dungeon, Coby features many abilities that allow him to function in a variety of roles, similarly to Voyager. His skills are based on significant trees in the world, such as the Kongeegen oak, the Centurion eucalyptus, and the Del Norte Titan redwood. His basic attack, Cloud 9 Boxing, is named after a type of dogwood.

Some more of my sketches from the past couple of months. Here’s a robot, some plant monsters, more fey corgis, and an environment sketch. 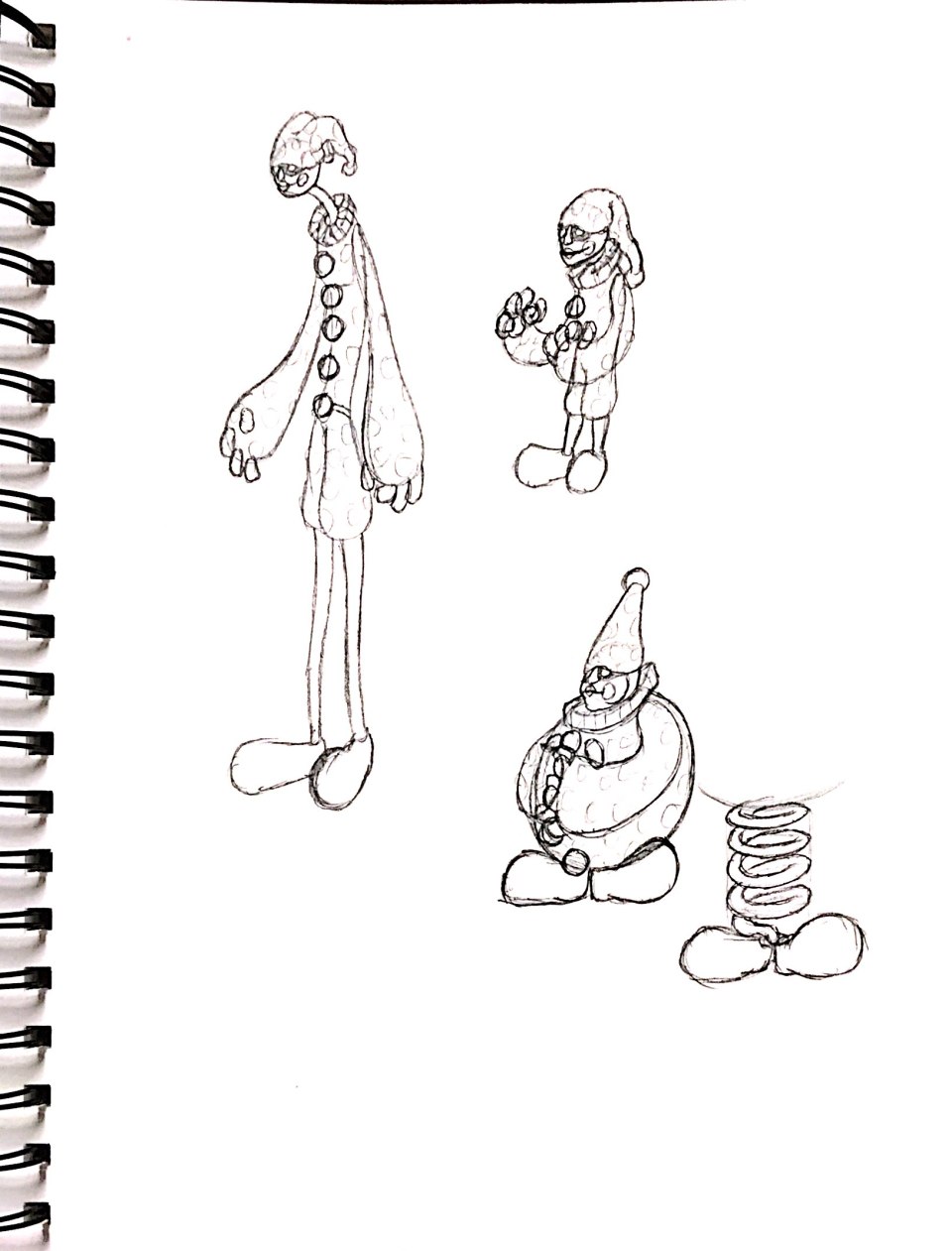 You know… when I said I’d be doing a “sketch dump”, I was kind of expecting that I’d get them all out in a day or so, but nope! A couple of weeks go by and I’m not halfway through.

Anyways, here’s some creepy jester-monsters, a bunch of other creature ideas, and Bill Potts from Doctor Who and Centipeder from My Hero Academia (I might go back to those two and slap some lines down).

So, in some continued sketch dumping from the past couple of months, here’s some random character sketches related to my game and then some more of Bravo, a random character in a sweater, and a VERY INACCURATE REPRESENTATION of a Nopon from Xenoblade Chronicles.

Sketched some more of Bravo and her social circle, then I drew some of my aliens that I haven’t drawn in a while. I didn’t draw Bass’s arms because they’d really over-complicate the sketch since I didn’t have an eraser. 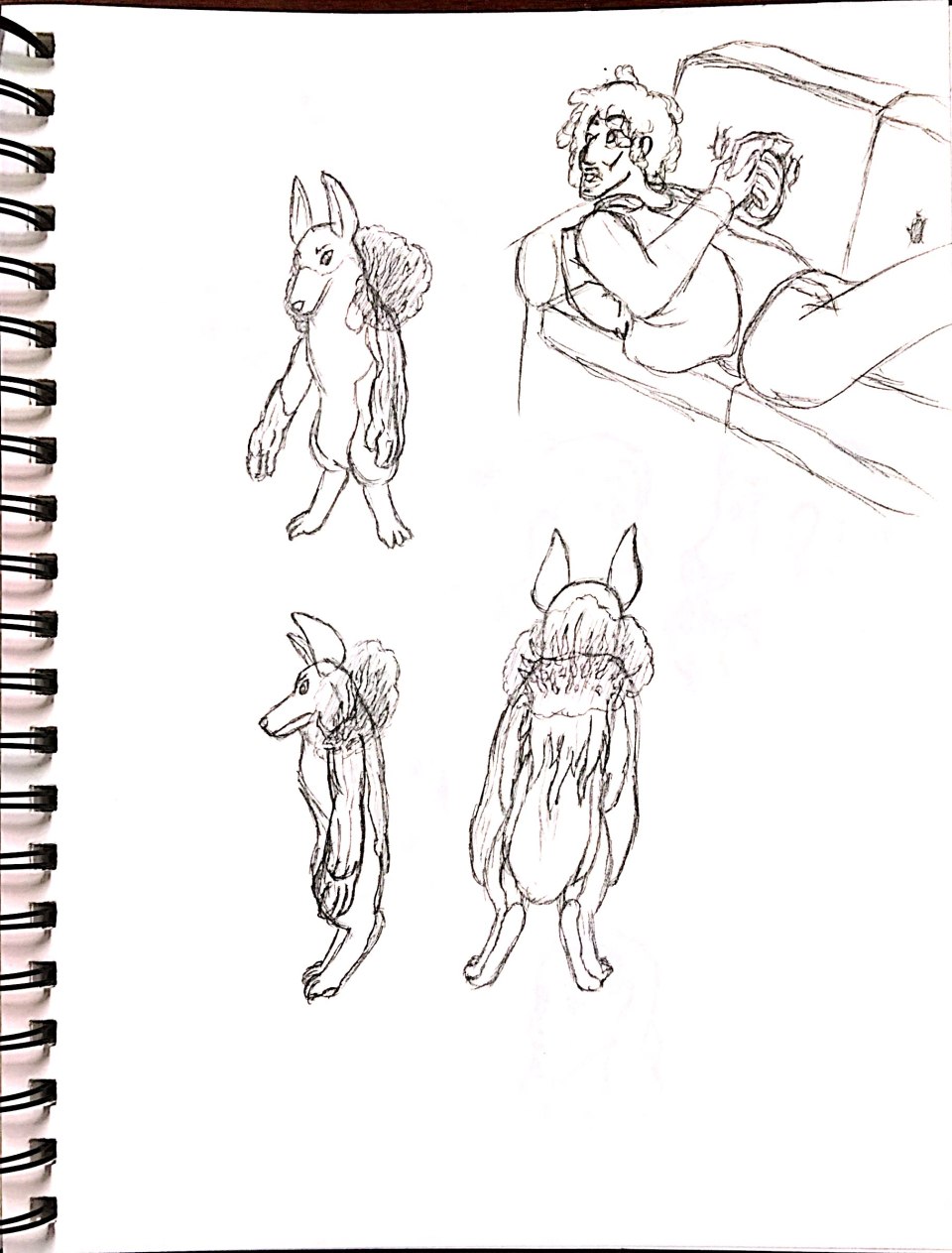 Some more sketches of Bravo and the fey-corgi, and then I guess I sketched some approximation of Akko and Diana from Little Witch Academia? I dunno.

Since I’m working now, I’ve pulled out my old sketch book for when the call volume gets low. So for the first two, here’s a panorama with my samurai concept and some random sketches of Bravo and my fey-corgi.