While I was looking about for new spells for the warlock I’m playing in a Dungeons and Dragons campaign with friends, I came across what seemed to be a kitsune-themed spell and was diverted onto the tangent of searching for the kitsune patron. There wasn’t one, which is its own separate rabbit hole of an idea, but I did discover the game rules for playing as a gun. Whereby this character was thought up.

Here are some work in progress character design sketches I did of this as-of-yet unnamed character. She starts out as a saloon/tavern-girl who shifts to bounty hunting after an immortal outlaw destroys the saloon she worked at and slaughtered her coworkers. But she fails to kill the outlaw at the end and, as she’s dying, pacts with the Banished Gunsmith to continue her crusade, albeit as a sentient gun.

I’m really loving where this character ended up, predicated solely on the character feature, “is a gun” as she was.

I have a Ko-fi:: Ko-fi.com/sadayoshientertainment :: and a Redbubble for if you want my non-fanart on your stuff:: redbubble.com/people/sada-tainment

Once upon a time, I was watching a video of a moose and her calves walking down a road and realized: Hey! That freaks me out a little bit! Too big. Too spindly. Too much leg. Whereupon this strange idea was produced and slowly, ponderously worked on.

Inspired by the bus scene from My Neighbor Totoro, here’s an anthropomorphized moose waiting at a bus stop. For this character design, I wanted to emulate the unnerving nature of a moose with this horrifying woodcutter. Instead of actually giving him antlers, I gave him a moose-themed umbrella as a further reference to Totoro.

If you want my Art on your Stuff, you can find this specifically here: https://www.redbubble.com/shop/ap/89763440

And there’s a Ko-Fi that I have, if you so wish: https://ko-fi.com/sadayoshientertainment 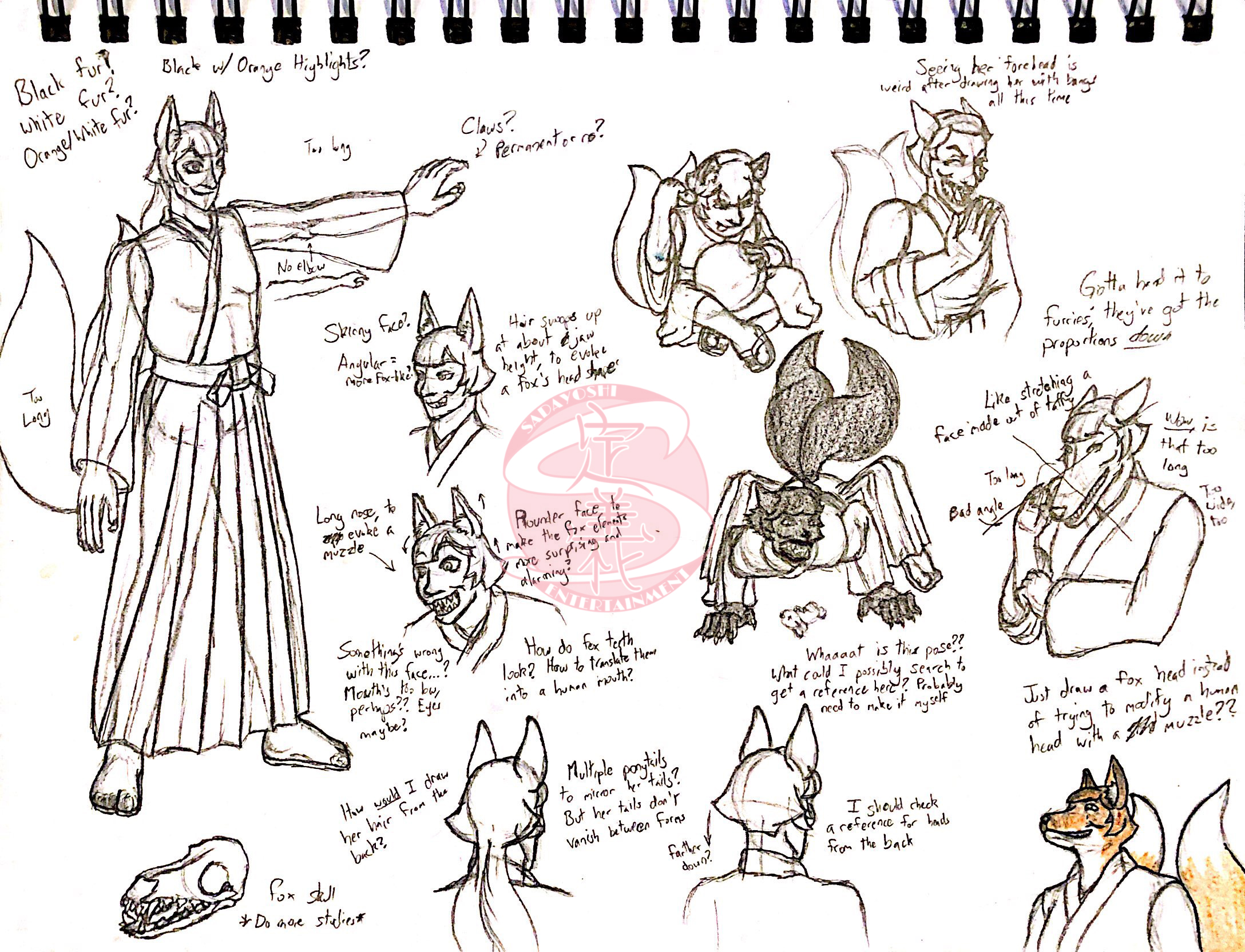 More fox sketches! Or kitsune, rather. I’ll need to clean these up later. But that’ll have to be once I’m not housesitting and just completely exhausted all the time.