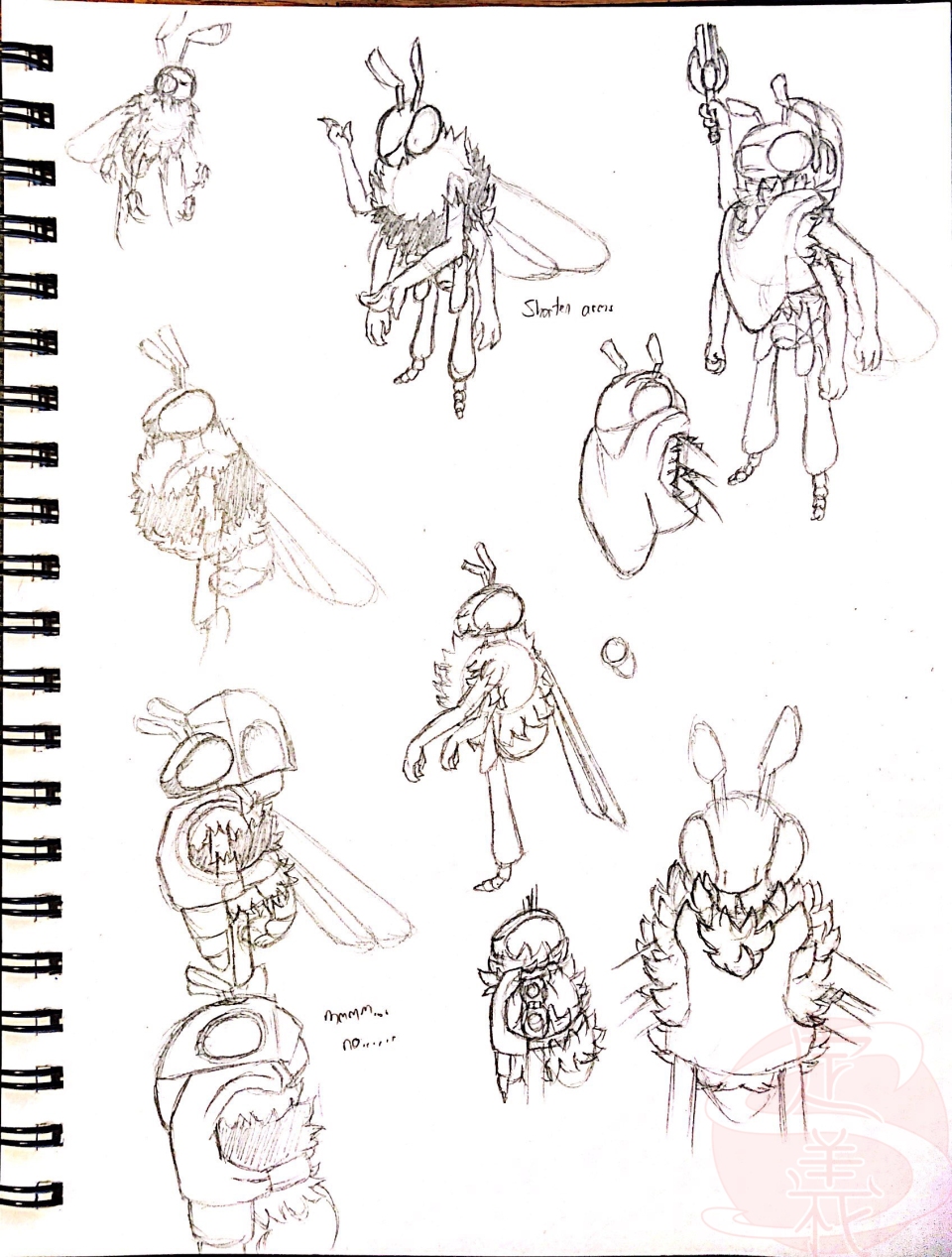 In the previous post, I mentioned that the initial design for a Lang-caste Nasonovian wasn’t particularly good (mostly because I got lazy and didn’t want to draw any more arms). I mentioned then that I had a better idea that I liked more.

Soprano Lang is a young girl and a combat prodigy. She has much to learn under the tutelage of the academy instructors and even the Hornet herself, but her quick-thinking and dedication to her craft offers her a promising career (Is that a thing people say?). She does have her mischievous side, however, and doesn’t hesitate to prank almost anyone around her.

Nasonovian children are extremely fluffy, almost to the point of obstruction. Many don’t wear clothing until later in their lives, once their fur becomes more manageable. Soprano, as a soldier-in-training, wears modified chest armor designed to fit comfortably around her childhood fluff. Originally, I tried to design her armor to make her look more like a bullet, but I didn’t know how to get it to look like how I envisioned it so I gave up.

I also drew her how she might look like in Hollow Knight: a ball of fur filled with sharp points and mischief.

As a unit in Starfall Dungeon, Soprano is a fast attacker with low health. Like Voyager, she has a massive variety of moves that allows her to function in a number of ways for the party.

I drew up some concepts for Bass’ homeworld.

(I was wrong; not everything is where it should be and I had to reinstall Visual Studio and Visual Studio for Unity and get past the installation bugs and blargh). Regardless, I do some doodling of Bass Hornet and the sexual dimorphism in her species.

Oh, here’s something I’ve been sitting on for a while without uploading because I’ve got attention span issues.

Also, I’m not super keen on how the eyes came out? They’re a bit too dim for my tastes.

Finishing the flats for Bass & Tess. Tess really increases the time used on a piece because of how complicated her fur is. Meanwhile, her girlfriend just gets, “Eh, have some flats, bye!”.

Further coloring Bass & Tess. I’ve never actually drawn Tess’s abdomen, so I don’t have a defined color scheme for it. Also, I mislabeled the body part in the video; it is an abdomen and not the thorax, which is the bit between the neck and the abdomen.

There wasn’t any doodling yesterday because I was busy building Beedrill in Dark Souls 2. Let THAT concept sink in. Anyways, I line my Technical Difficulties image and then start coloring the Bass & Tess picture from before.