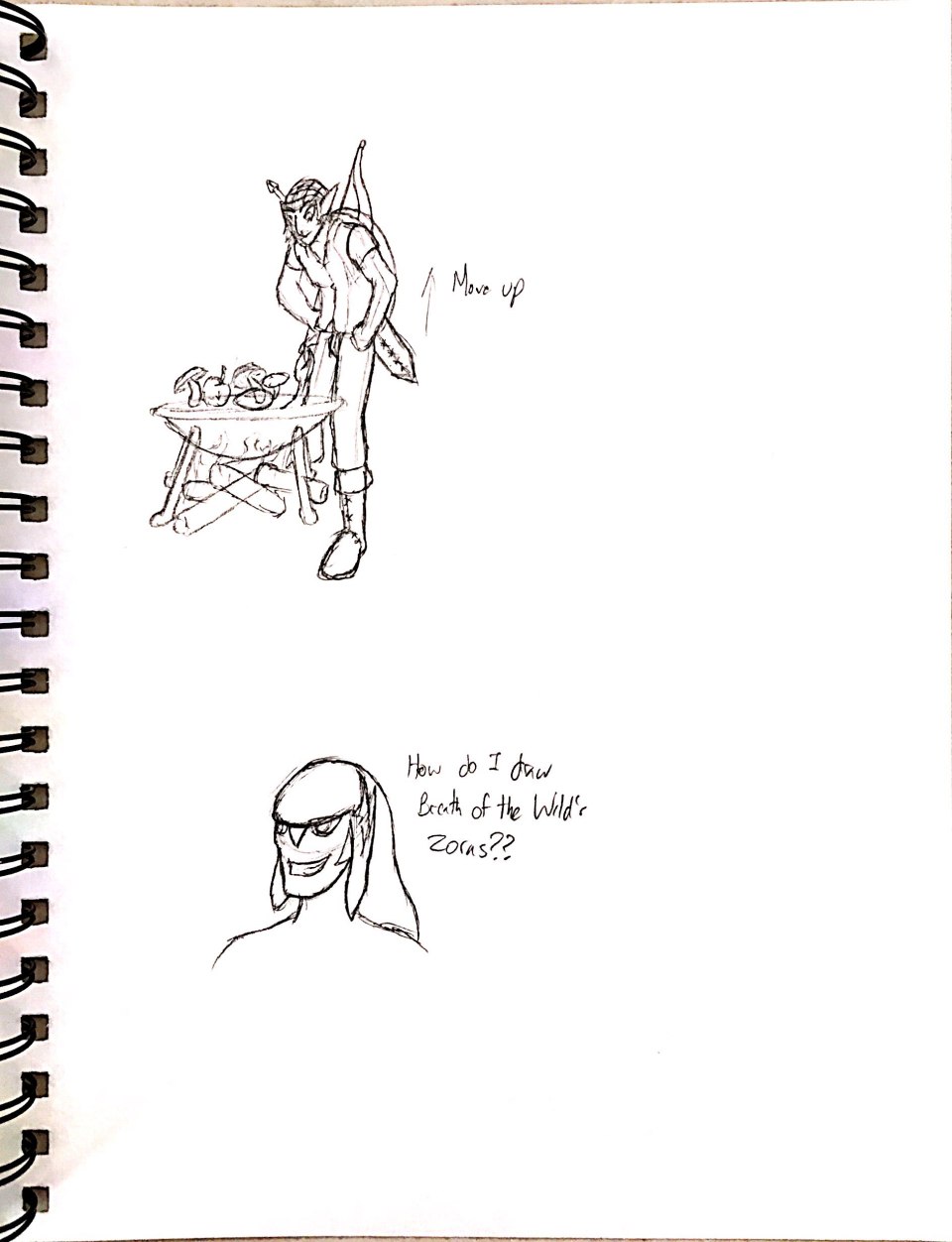 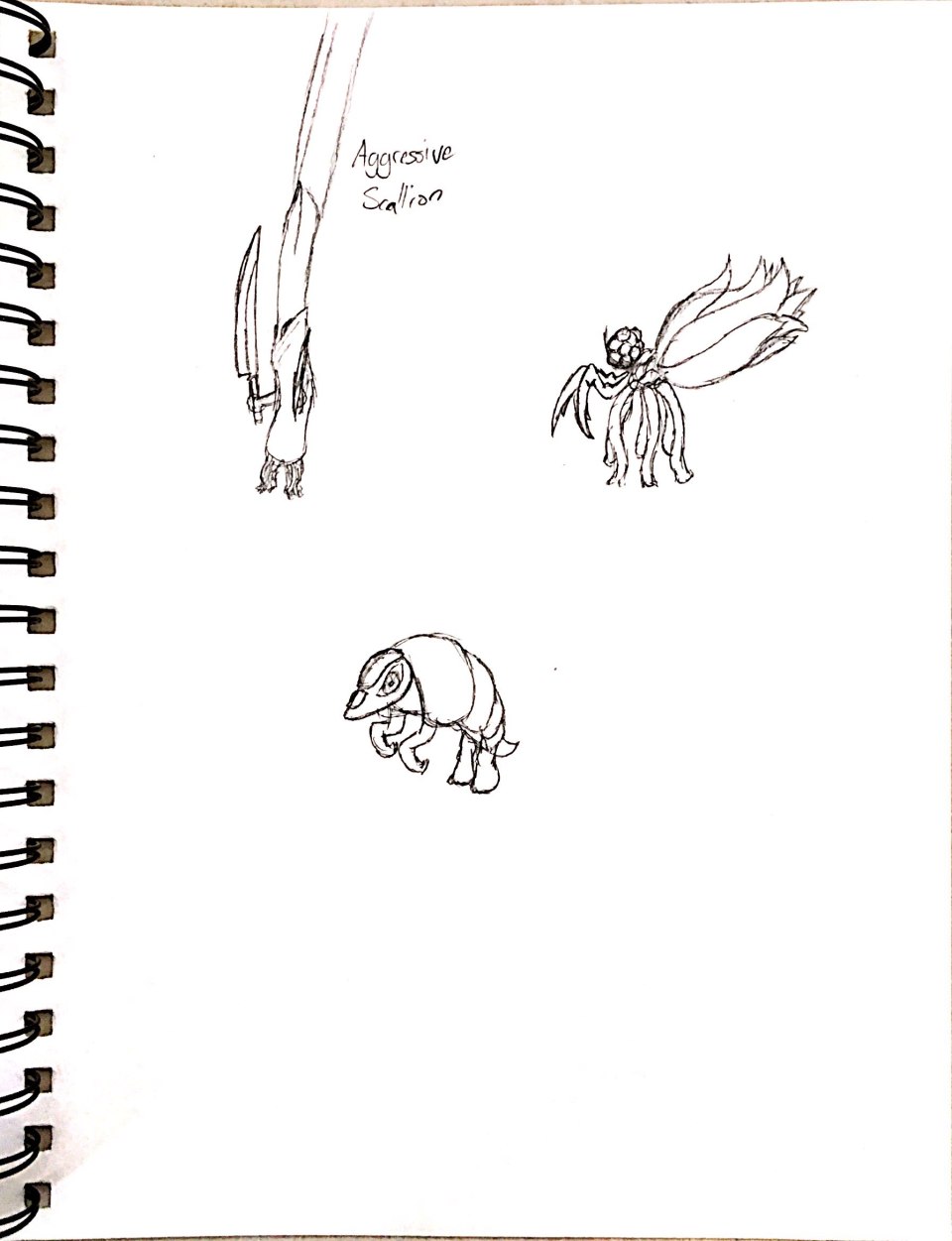 Here’s some more plant monsters. I drew a scallion (a green onion) wielding knives because PF Changs frequently has scallions in the ingredients and people frequently don’t want them. There’s also some sort of flower monster and a couple of beetle-like creatures. Alongside all this is just the antithesis of Bigfoot and a rudimentary animation for my owl monster for my game.

I don’t know what the hell that first one is. It’s some sort of… old man ghost that died in some sort of tragic ax-related accident? That turns into a metal-faced, tentacle-beard monster when angry? I dunno, I’m a complete nutter.

Also, more mask creatures. One is made out of vines and walnuts, so that’s some sort of boss for my game that I haven’t had the bother to work on lately. And also a lumpy flesh mask-beast thing.

Just some snippets of work I’ve done during May and perhaps June maybe I don’t know, sad.

I start putting together the framework for a flying enemy and for the main menu. 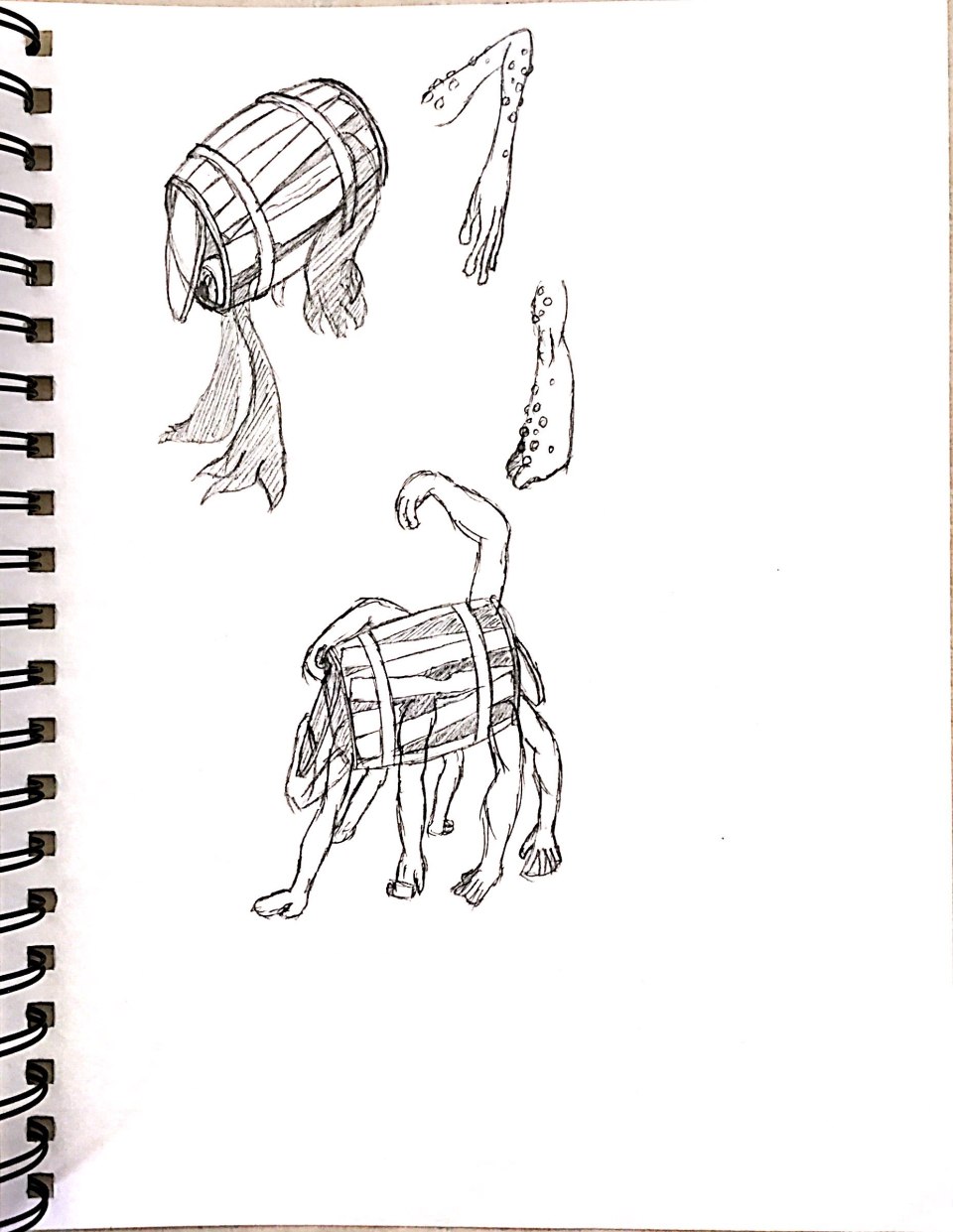 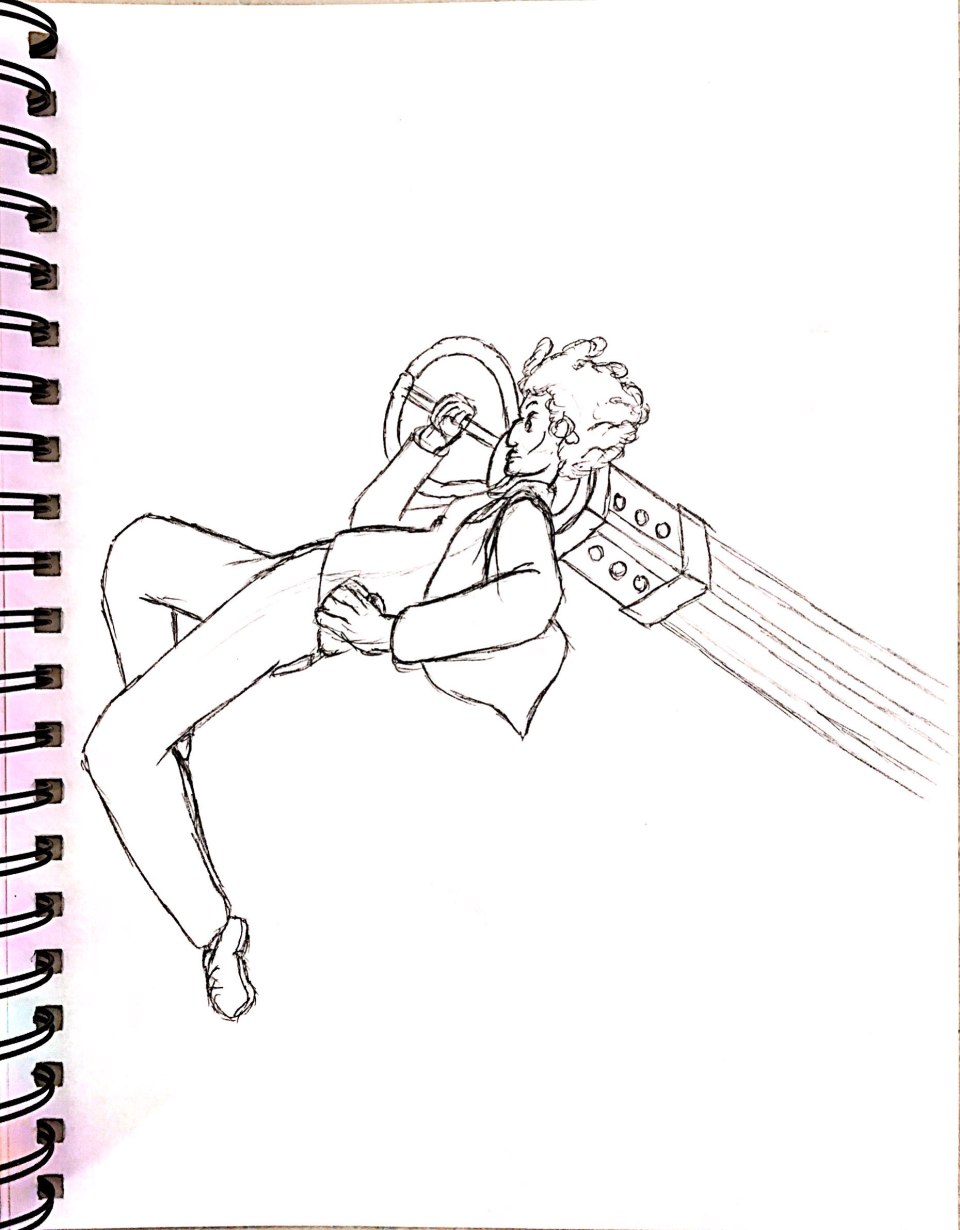 More sketches from last month. Like, just an enemy concept for my game that’s just a bunch of aggressive arms packed in a barrel and a sketch of Bravo with bad anatomy. 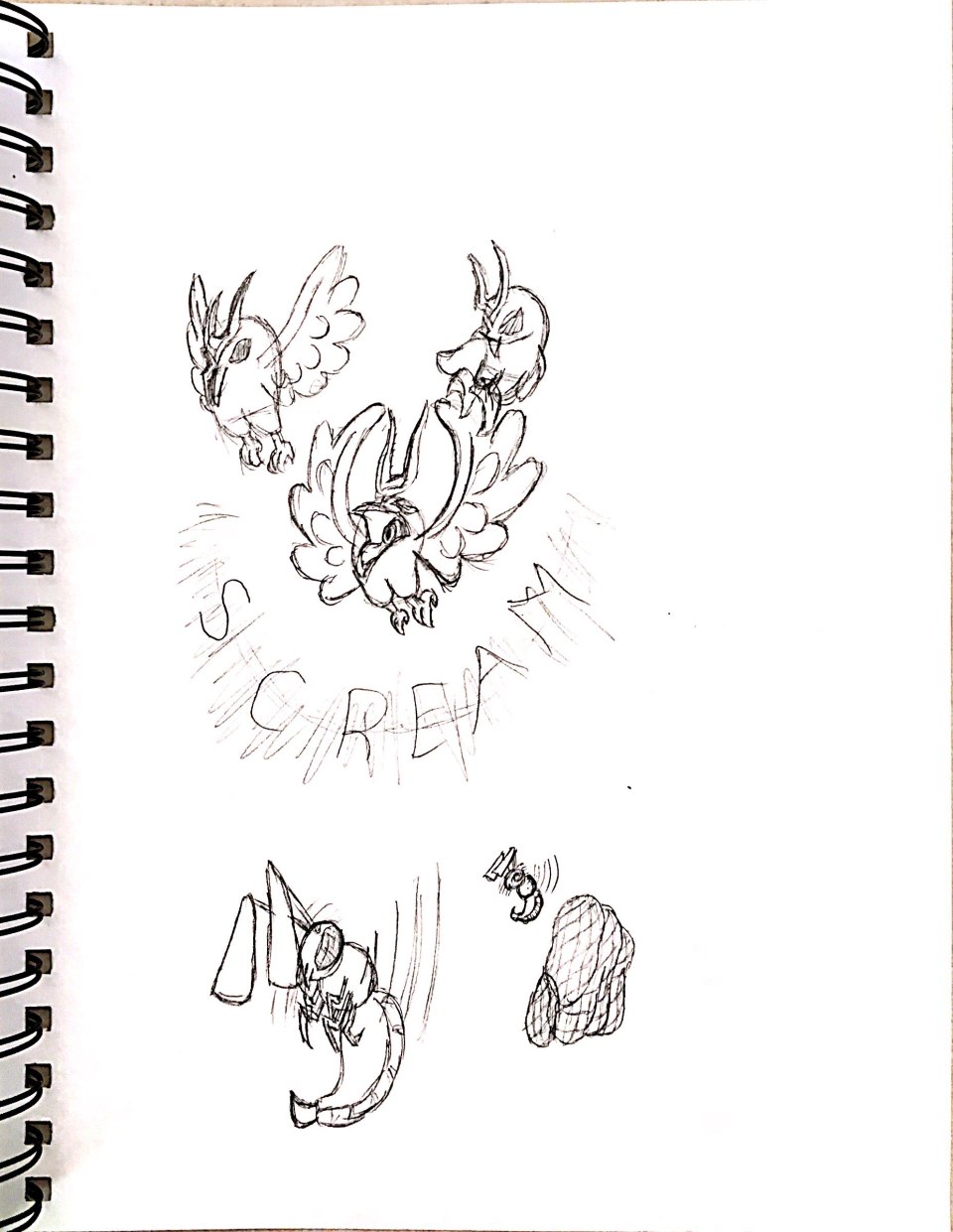 So here’s some of my sketches from last month, I guess. Just some design ideas for my game: an owl, a wasp, a tree, and a bush frog.

Some more sketches. A new design for my game’s character, some head studies, and some critters.

I’m still trying to get back into a schedule, but I’m having trouble getting focused again. Anyways, I set up the art framework for the player character and a concept for a new, flying enemy.

More work on getting my Tree boss back into the game. It’s a lot of coding this time.

Working on getting my first boss back into this new iteration of my game.