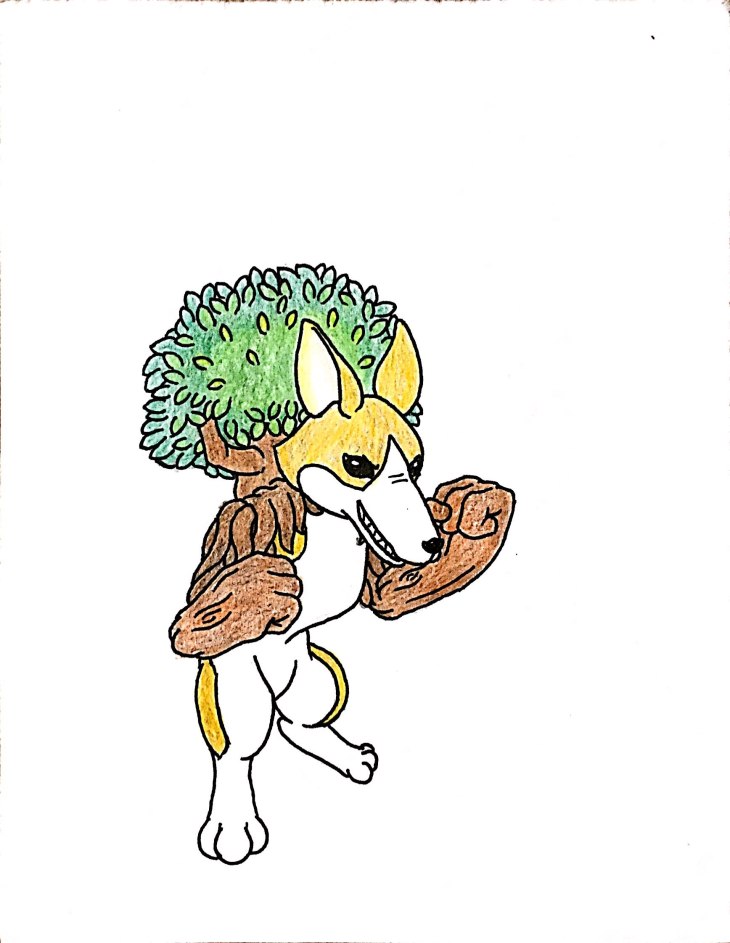 Coby is a good boy.

Folklore says that the markings on corgis are caused by the saddles that the fey use to ride them. So I took my limited knowledge of fey sensibilities and applied that to an anthropomorphized corgi. The tree growing out of his back can change genus, shape, and size to provide a variety of effects. And, while Voyager maintains an intelligence similar to that of a Palico from Monster Hunter, Coby features intelligence equal to humans and vocabulary to match. His devotion to nature has made him many enemies.

For Starfall Dungeon, Coby features many abilities that allow him to function in a variety of roles, similarly to Voyager. His skills are based on significant trees in the world, such as the Kongeegen oak, the Centurion eucalyptus, and the Del Norte Titan redwood. His basic attack, Cloud 9 Boxing, is named after a type of dogwood.

By assassuub in Art, Starfall Dungeon, Uncategorized on August 9, 2018.
← Xenoblade Chronicles 2 – PART 21 – Arrival in Mor Ardain Death of the Outsider – PART 14 – Whispers of the Dead →