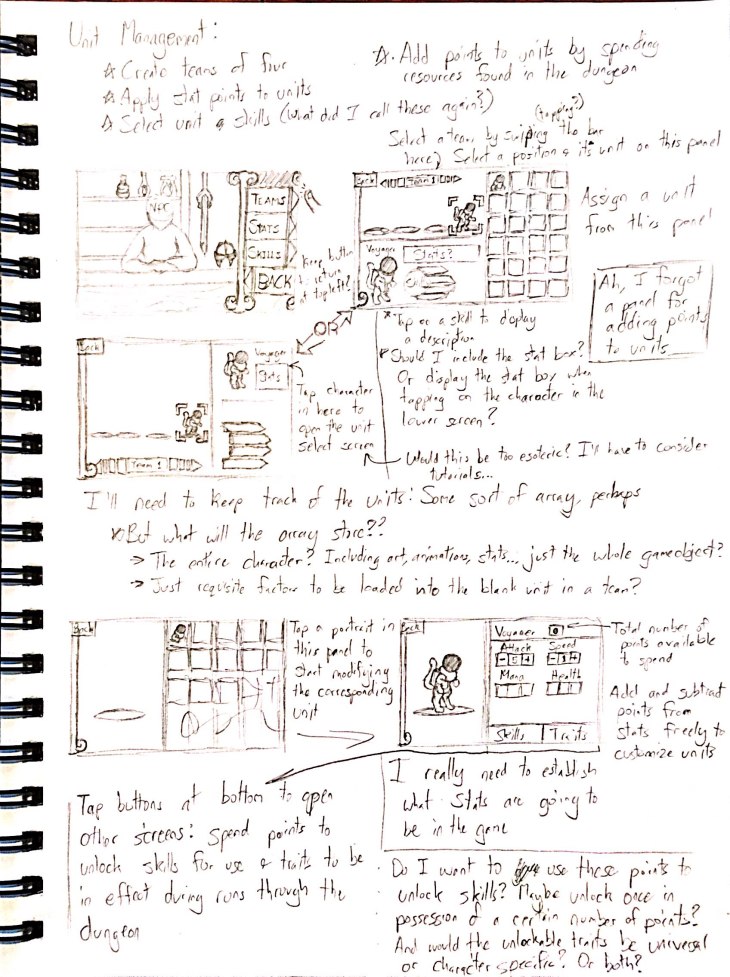 Here’s some notes on the unit management system, or whatever. What does it matter, you know? I’ve started so many games and never finished any of them because I’m a horrible garbage boy with terrible ideas.

Anyways,  the unit management scene provides a number of functions.