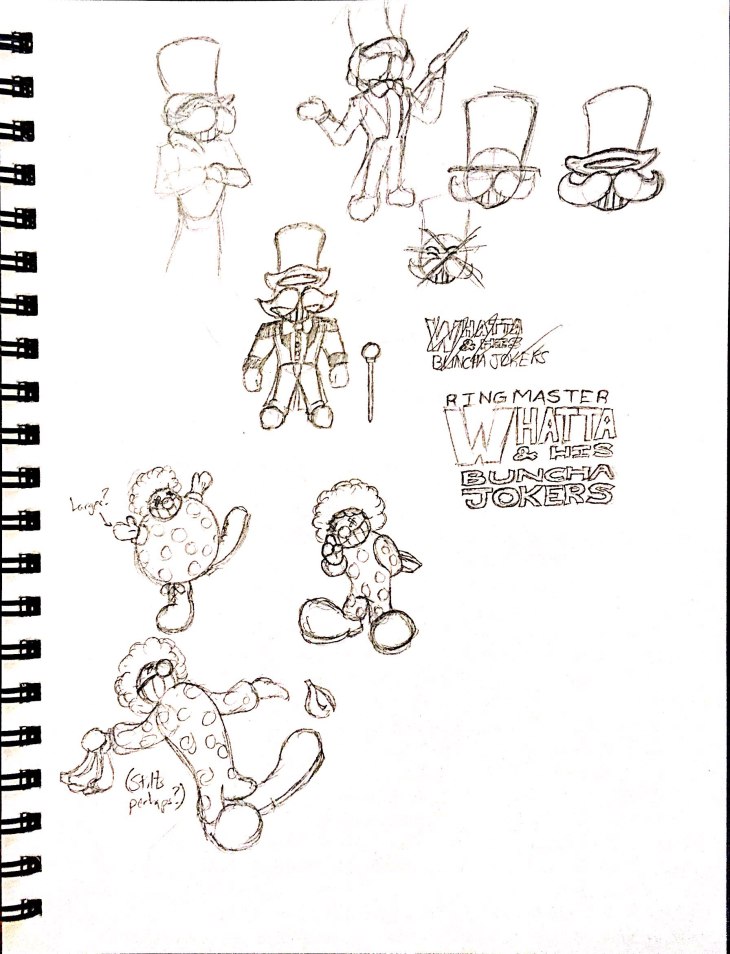 So, in Xenoblade Chronicles, the character Reyn says things and they are funny. Also in the Xenoblade Chronicles series, there are unique monsters with special names, such as Final Marcus; Confiscator Jimmy; and Joker, the Unknowable. Meanwhile, on the Internet, some bright spark on the Tumblr came up with a joke name for a Unique using one of the memes that Reyn says.

And it stuck with me to this day, so here’s Ringmaster Whatta & His Buncha Jokers. At the age of six, he was born without a face.

By assassuub in Starfall Dungeon, Uncategorized on May 1, 2018.
← Xenoblade Chronicles 2 – PART 9 – Side Quest Super Fest Death of the Outsider – PART 4 – Accidental Murder Mystery →